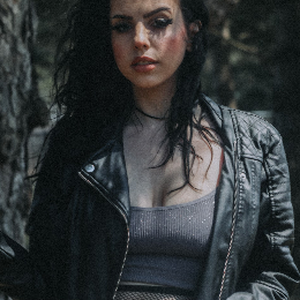 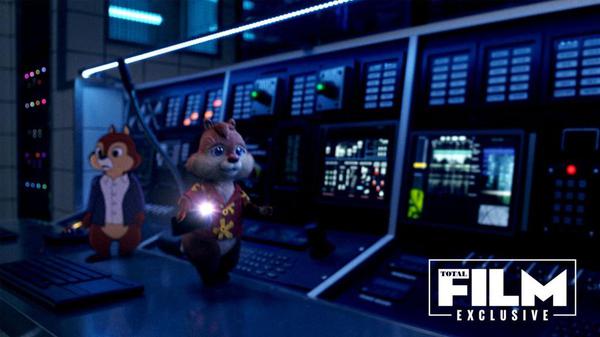 Helming a reboot is no easy task – but it was loads of fun for director Akiva Schaffer. Chip ‘N Dale: Rescue Rangers is a fresh take on the ‘90s animated series that combines multiple animation styles, cameos from your favorite Saturday morning cartoons, and a heartwarming tale of friendship into one big family-friendly adventure. Taking place some 30 years after the end of the Rescue Rangers cartoon, Chip and Dale are two retired Hollywood actors and ex-best friends who don't keep in touch. Wh 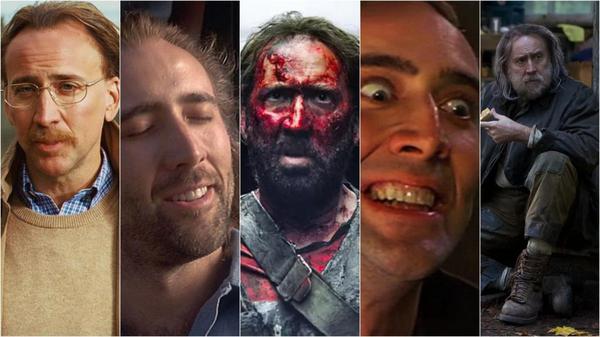 Nicolas Cage is many things: a Hollywood legend, a Coppola, a meme, a guy who named his first-born son after Superman's alien persona Kal-El. He's an actor known for never really turning down a role, and also giving some of the most over-the-top performances that cinema has ever seen (described by critics as 'Cage Rage'). Though Cage has a reputation for starring in some pretty bad movies, he's actually a pretty brilliant actor whose skills truly shine in dark dramatic films – and ones that don' 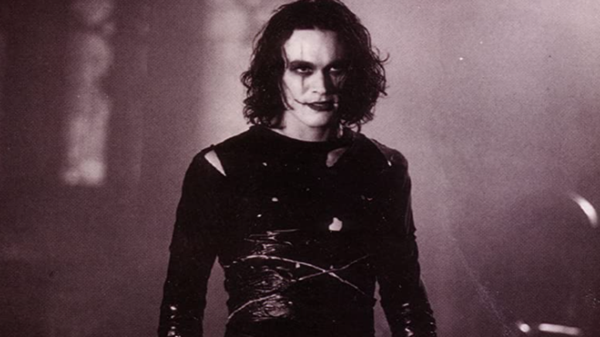 Why The Crow deserves a comeback

The Crow’s a different kind of superhero movie – a supernatural fantasy horror hybrid that puts an undead rock musician up against a band of merciless thugs in order to avenge his murdered fiancée and pass on to the next life. Because of its unique premise, compelling source material, and overall legacy, The Crow has never died. Over almost three decades, there have been three sequels, a TV adaptation, and multiple failed attempts to get a reboot off the ground. Now, a new movie is in the works; 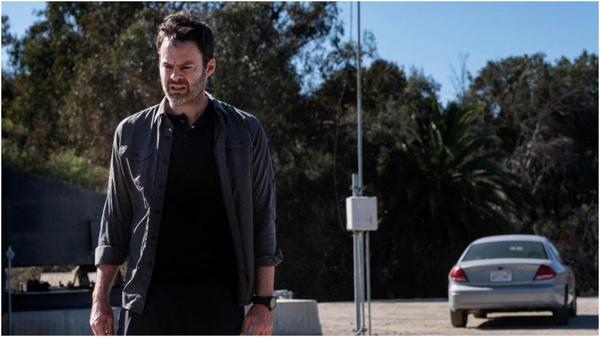 How HBO's Barry helped me heal

HBO’s Barry is not the show you think it is. On the surface, it’s about a former marine turned reluctant hitman who wants something more out of life. Underneath, it’s a clever meditation on trauma, the healing process, and finding a purpose for the pain. As a repeat survivor of assault and someone who suffers from Posttraumatic Stress Disorder and finds comfort in pop culture, I am always looking for myself on screen. I’m always searching for relatable moments that make me feel less alone, for 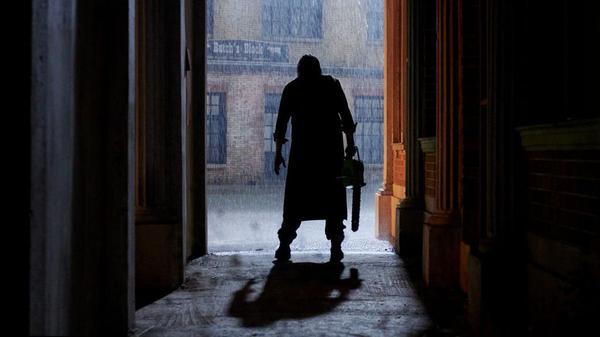 Warning: major spoilers for Netflix’s new Texas Chainsaw Massacre sequel ahead. Turn back now if you want to go unspoiled... Tobe Hooper’s The Texas Chainsaw Massacre is one of the most influential slashers to ever grace the screen. The 1974 classic established some of the most commonly used tropes in horror, and introduced audiences to the first-ever mainstream final girl – AKA when the female character makes it to the final scene. Now, the newly released Netflix requel – that’s reboot sequel 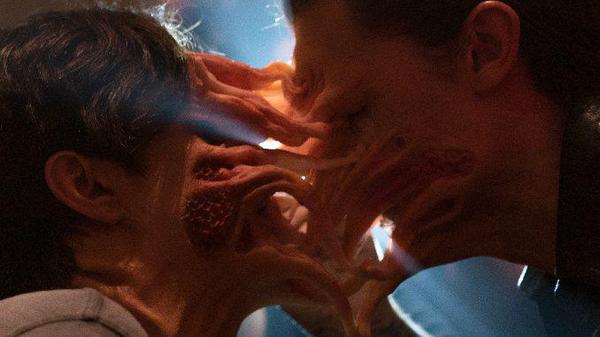 Mental illness goes hand in hand with the horror genre. As someone who suffers from trauma and PTSD, I can almost always find a piece of myself on screen. Scream’s Sidney Prescott survives and thrives over and over again throughout the franchise. In Antlers, Julia Meadows has violent flashbacks to her abusive past. But as someone who also suffers from borderline personality disorder (BPD), I don’t really ever see myself represented. Borderline personality disorder, sometimes known as emotional 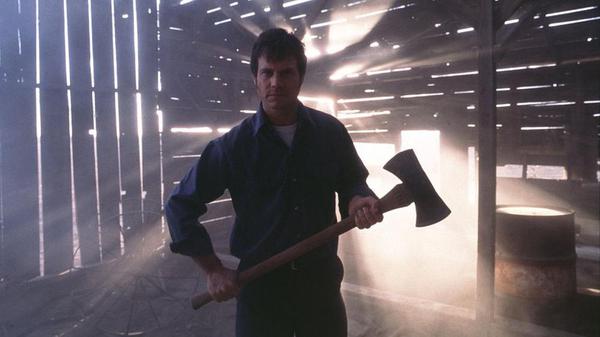 A Look Back At FRAILTY: 20 Years Later

It’s been 20 years since Bill Paxton’s directorial debut—and the film remains a hidden gem, tucked away on streaming apps for fans of the late actor to discover for the first time. Frailty is a psychological horror about a widowed father known as only as ‘Dad’ (Paxton) who believes he’s been chosen by God to murder demons disguised as human beings and enlists the help of his unwilling sons. Fenton Meiks (Matthew McConaughey) recounts the story of his seemingly unbelievable childhood to FBI Agen 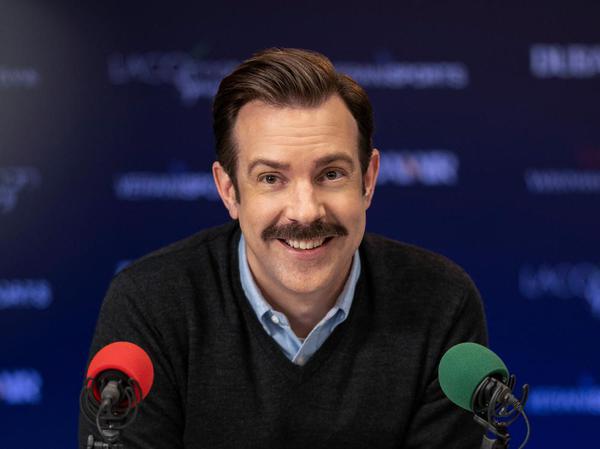 15 of the best celebrity moustache-wearers ... from Super Mario to Ted Lasso

Movember, also known as No Shave November, is upon us. Movember is an annual event, run by The Movember Foundation, that involves growing a mustache during the month of November to raise awareness for men’s health issues. In honor of the upcoming month, we’ve rounded up 15 of the best celebrity moustaches - that just might inspire you to don one yourself. Back in 2018, the internet went crazy after someone pointed out that the rapper’s moustache looks like “two dogs kissing.” The animal-moust 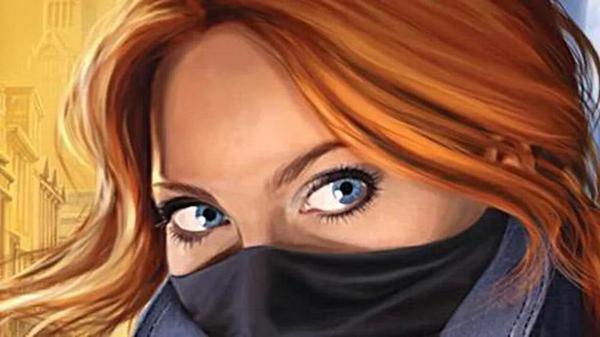 Even if you’ve never read the books or seen any of the screen adaptations, chances are you’ve heard the name Nancy Drew. The strawberry blonde sleuth made her fiction debut in 1930, initially invented as a female counterpart to the crime-solving Hardy Boys. As of 2021, the ongoing series, authored by a collective of ghostwriters under the name Carolyn Keene, has sold over 80 million copies, in addition to spawning six films and three television shows, cementing Nancy Drew as a cultural icon. Ho 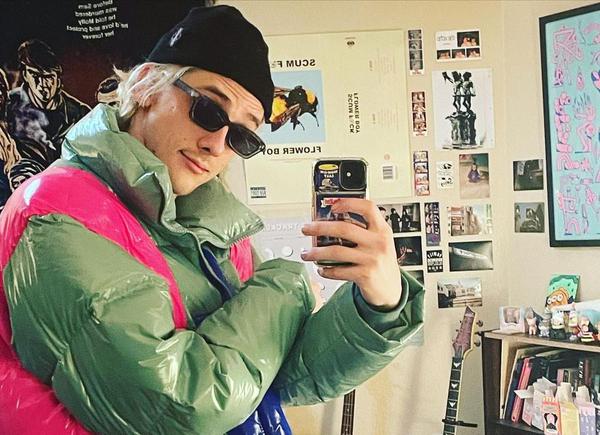 At the peak of quarantine, YouTuber Matt Watson set out to write and produce his first serious music project. The 25-year-old South Carolina native is known online for the crude comedy he makes under the name SuperMega, alongside his best friend and co-star Ryan Magee. Since the channel’s inception in 2016, the pair has amassed a subscriber count of nearly 1 million and cultivated a dedicated fanbase of “Megheads” that can’t seem to get enough of their over-the-top, intentionally cringe-worthy, 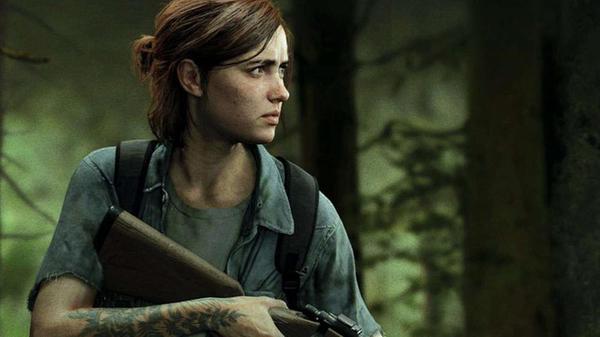 Trauma, Loss, and the Apocalypse in ‘The Last of Us Part II’

Content warning: This article contains references to sexual assault. I know what it’s like to lose something, to have it ripped from your hands without any warning—and with no one around to answer why. Survivors of sexual assault experience loss of trust, freedom, and identity. We mourn the person we were before the attack. We mourn the body we no longer recognize, let alone feel comfortable existing in. We live in fear. We seek revenge. We go through the stages. Despite being a repeat survivo 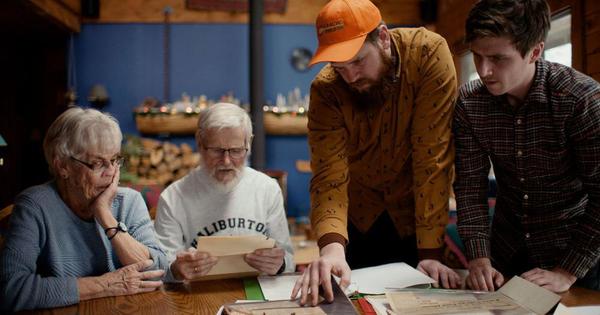 True crime is supposed to be unsettling: It’s Robert Stack in a suit talking about a missing person who was never found; a photo montage of Gypsy Rose in a wheelchair at Disney World; or eye-witness accounts of Ted Bundy approaching young women with his uninjured arm in a sling. In the new docuseries For Heaven’s Sake, however, it’s two best friends going door-to-door in the middle of Canadian winter, asking for help in solving an 85-year-old cold case. It’s anything but unsettling; it’s heartwa 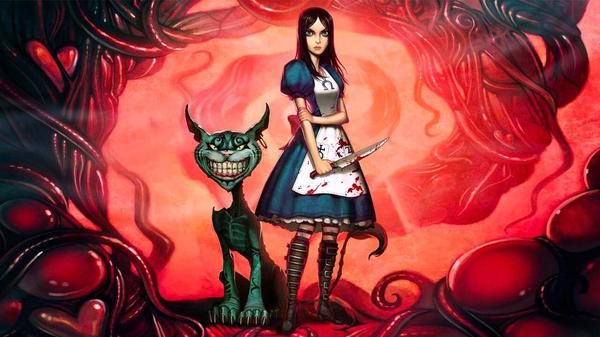 When you think of a “darker” Alice in Wonderland, the 2010 Tim Burton adaptation might be the first thing that comes to mind. But for folks who had a PC in the 2000s, modern cosplayers, Twitch streamers, or even YouTubers that specialize in gameplay content, there’s only one “dark” Alice that matters: American McGee’s Alice. Since its publication in 1865, some have theorized that Lewis Carroll’s infamous children’s book isn’t a book for children at all and have created their own adaptations in 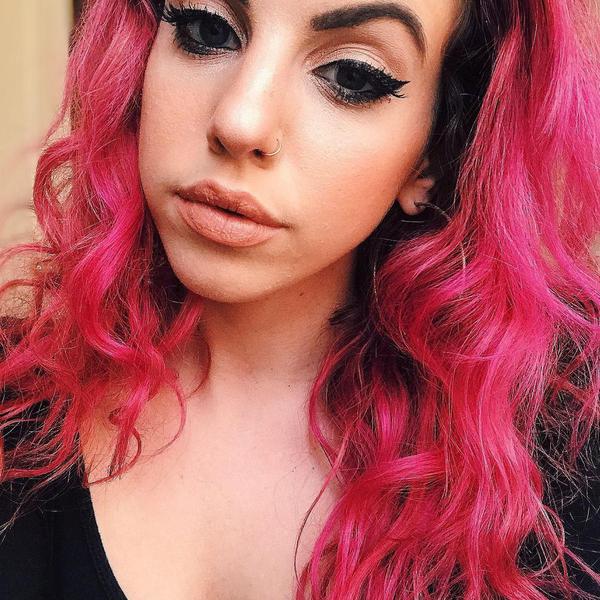 Lauren has an MFA in Creative Writing and is the author of FINAL GIRL from Big Lucks Books. She specializes in sad poems about sex and can frequently be found shouting into the void about film, TV, and all things pop culture (mostly of the horror variety). Lauren is also reluctant to admit that she still has a big ol' crush on artificial intelligence TV host, Max Headroom. 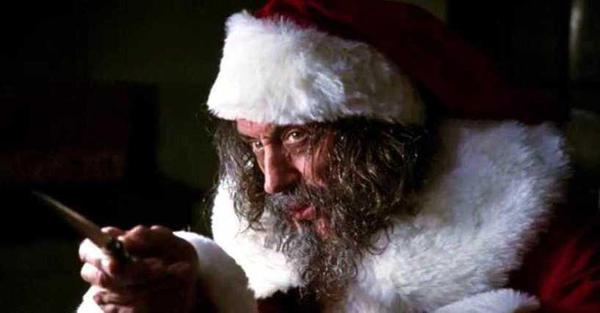 The Most Macabre Holiday-Themed TV Episodes Ever Produced

A possessed nun lets a maniac out of solitary confinement in order to dress up as Santa for the aslyum's Christmas party. What could possibly go wrong? In a flashback, Leigh Emerson (Ian McShane) fires at a Santa collecting money for charity and dons his suit. His reign of terror commences, beginning with a sweet little girl asking why "Santa" doesn't have a beard. After sending her back to bed, he ties up her parents with string lights. As it turns out, Emerson ended 18 people from five differ 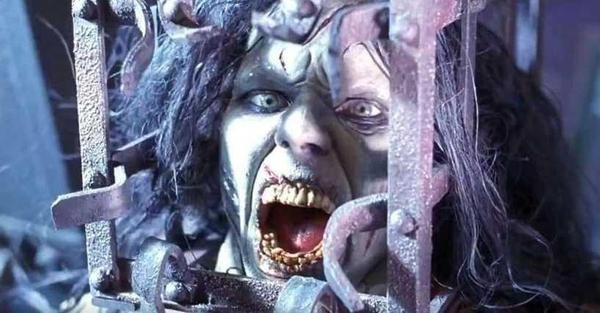 It Was Heavily Criticized In 2001, But 'Thirteen Ghosts' Is Far Better Than You Remember

Though a 13th ghost does eventually show up in the film, the action mainly centers around 12 of the intimidating specters. Each ghost corresponds to one of the twelve signs of the Black Zodiac, the normal zodiac's evil counterpart. It is by collecting 12 ghosts who fulfill the various roles of the Black Zodiac that ghost hunter Cyrus Kriticos (F. Murray Abraham) hopes to power his evil machine - the house in which the film is set. The first ghost in the Black Zodiac is the First Born Son, a lit 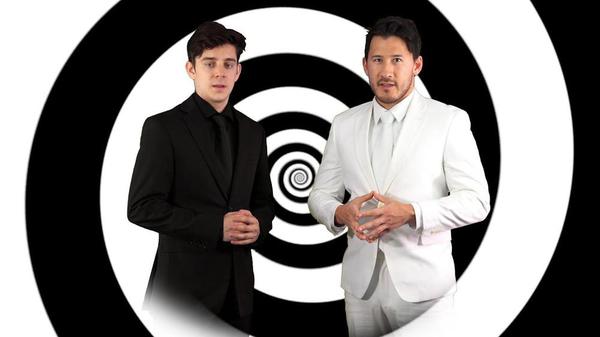 ‘Unus Annus’ is an Existential ‘Jackass’ For a New Generation

Update: The channel closed out with a 12 hour live stream beginning at 12 PST on November 13th. Both Fishbach and Nestor have since released a follow-up video on their individual channels. When popular gamers Mark Fischbach (Markiplier) and Ethan Nestor (Crankgameplays) announced the formation of a joint channel in November 2019, the two longtime friends and collaborators took careful measures to ensure that no one, not even their fiercely loyal fanbases, could speculate what was coming. 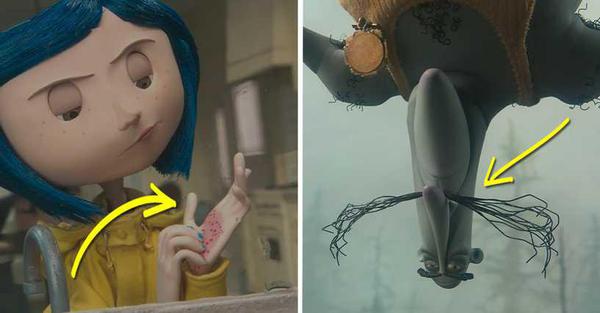 Coraline, the beloved Henry Selick adaptation of the award-winning Neil Gaiman book, is known for being a different, creepy kind of children’s movie. The film asks children to use their imagination and picture a world not unlike ours, but one that exists just beyond a small door in your own house. What if, in that world, you had another set of parents? Another life? But what if that other world wasn’t as cool as you hoped? Behind the world of Coraline is a team of 250 animators, puppeteers, art 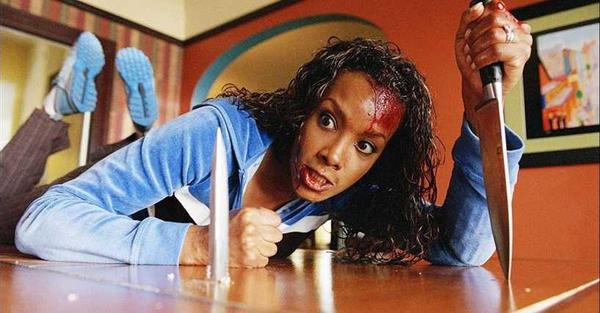 Movie Endings That Gloss Over Extremely Dark Stuff The Characters Did

It's arguably one of the darkest moments in the entire Star Wars franchise. Just before the Siege of the Jedi Temple, Darth Sidious instructs Anakin to "do what must be done." Tasked with slaughtering all of the Jedi, Anakin happens upon some younglings - Jedi in training that look to be about 6 or 7 years old. When one of the boys asks him for help, Anakin draws his lightsaber and it cuts to the next scene. Obi-Wan and Yoda later stumble upon the horror. By the end of Revenge of the Sith, Anak 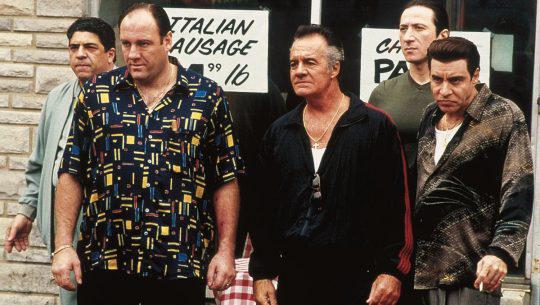 How THE SOPRANOS Is a Time Capsule of the 2000s

It’s been 21 years since The Sopranos premiered on HBO and cemented its place in television history. The Sopranos is one of the most influential shows, not only of the 2000s, but of all time. Some think of it as the beginning of prestige TV. The series, which ran from 1999-2007, is dated and unapologetically so. When you’re watching the show, there’s no question about the era. The Sopranos fully embraced the early aughts, from the shoddy (albeit one-time) use of CGI, to highly controversial topi
Load More Articles
Close ✕